With a diploma in Marine Engineering and 25 years of sea service as an Engineer Officer, Pino started his career in 1988 in the Navy on support tugs and then progressing to super tankers of 350,000 tons. This was followed by 5 years on Cruise Ships from 18,000 to 75,000 tons and the past 20 years were spent on super yachts. Holding a class 1 unlimited Chief Engineer certificate since 1996 and a Yacht Master Offshore, he is also fully certified DPA and CSO. During his long time sea service on board, he has been involved in many refits in the USA, Spain, Italy, Germany, Holland and France and recently completed the restoration of a 50m CRN in la Ciotat, finalist of the superyachts refit awards 2015. Being Italian but with significant international experience, Pino acts as the interface between different cultures, construction and refit methodologies throughout any size of projects. Pino joined the company full time in January 2014, but had already worked with Hill Robinson on various consulting projects in 2007/2008. 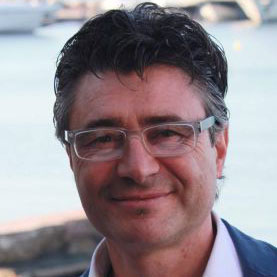