When a family-man owner and his wife needed help in finding their next superyacht project, Giles Hunt, the director of Hill Robinson’s Antibes office, was the man best suited to the job. 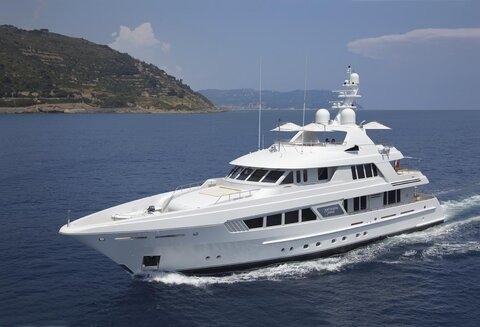 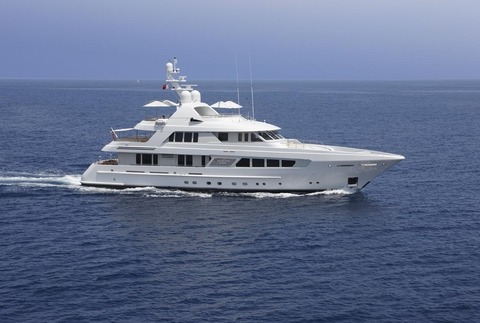 To start their now-17-year-long journey as owners, the couple bought the 30-metre Feadship La Mascarade in 2004 and kept her as their own private sanctuary to cruise with extensively in the Mediterranean. As their use of the yacht changed and their family grew, the owners had decided to build a new Feadship and adapt La Mascarade to make her suitable for charter. After Chris Cecil Wright of Edmiston referred the owners to Hill Robinson for management, Giles Hunt advised the owners within their first year of ownership that the 1997 Feadship yacht should be refitted to meet the large commercial yacht rules and MCA Code. As a result, her 2005 update included some specific high-quality refit and maintenance works, and Hill Robinson ensured she was relaunched fully compliant with many changes such as heightened exterior railings and modifications to the integrated garage inside to accommodate a new diesel tender. As the couple’s new yacht was approaching launch in 2008, La Mascarade was due to be listed for sale, but the yacht remained with the family until 2013 in order to avoid the 2008 downturn in yacht sales. La Mascarade’s satisfactory selling price was thanks to the owner’s investments in quality annual maintenance.

Making way for their next project, the owners sought the guidance of the project management team at Hill Robinson to advise them throughout the build at Royal DeVries Feadship. In early 2009, the owners were delivered their new 39-metre, 437 GT semi-custom SL39 model named Kathleen Anne. Sporting an interior design by Bannenberg & Rowell, naval architecture by De Voogt and an exterior by Guido de Groot, Kathleen Anne is a yacht with a timeless, yet modern look and great volume for her length. Once again, the owners took the time to do as much private cruising as possible, particularly around Italy and Greece. Described to be “understated traditional delightful people”, the owning family liked to spend their time on board reading, travelling with their grandchildren, trying out watersports and relaxing. However, soon the time came for Kathleen Anne to be made suitable for charter to make up for the owner’s slightly reduced use of the boat and so, Hill Robinson proceeded in making a few important updates: entertainment centres and AV systems were installed and a top-quality paint job was completed at the La Ciotat Composite Works yard. Despite a few alterations, Kathleen Anne is a yacht with a calm and inviting interior that is ideal for chartering. Her large volume lends itself to a lot of storage area, four staterooms, plus a full-beam owner’s suite and a gym area. The team at Hill Robinson champions her uncomplicated design. For example, her simple push-button controls for guests to operate features such as the blinds and lighting is a beneficial basic system that requires little maintenance and does not interfere with the yacht’s electronics.

This year for Kathleen Anne and her owners, the Balearics is the desired destination in between three summer charter bookings. As a family keen to indulge in historic sights and adventure, the yacht’s Captain, Brendon Gorn, who is also a resident of the Balearics and has captained the yacht since 2018, will be key to the experience. Hill Robinson have also recently supported the owners in some further decision-making surrounding a potential refit, as they considered lengthening the hull to accommodate a larger tender and an aft entertainment deck. The story of how these Feadship superyachts came to be owned by the husband-and-wife team is fair testimony to how Hill Robinson triumphs in client relations and that listening to the owners, understanding their needs, and striking the balance of fair management can only grant success.