Jeddah Yacht Show – a taste of what’s to come

Held from 11 to 16 May, a special preview edition of the Jeddah Yacht Show showcased the impressive development of Jeddah Yacht Club and Marina, and marked the beginning of the Jeddah Season – a two-month season offering a packed schedule of events. 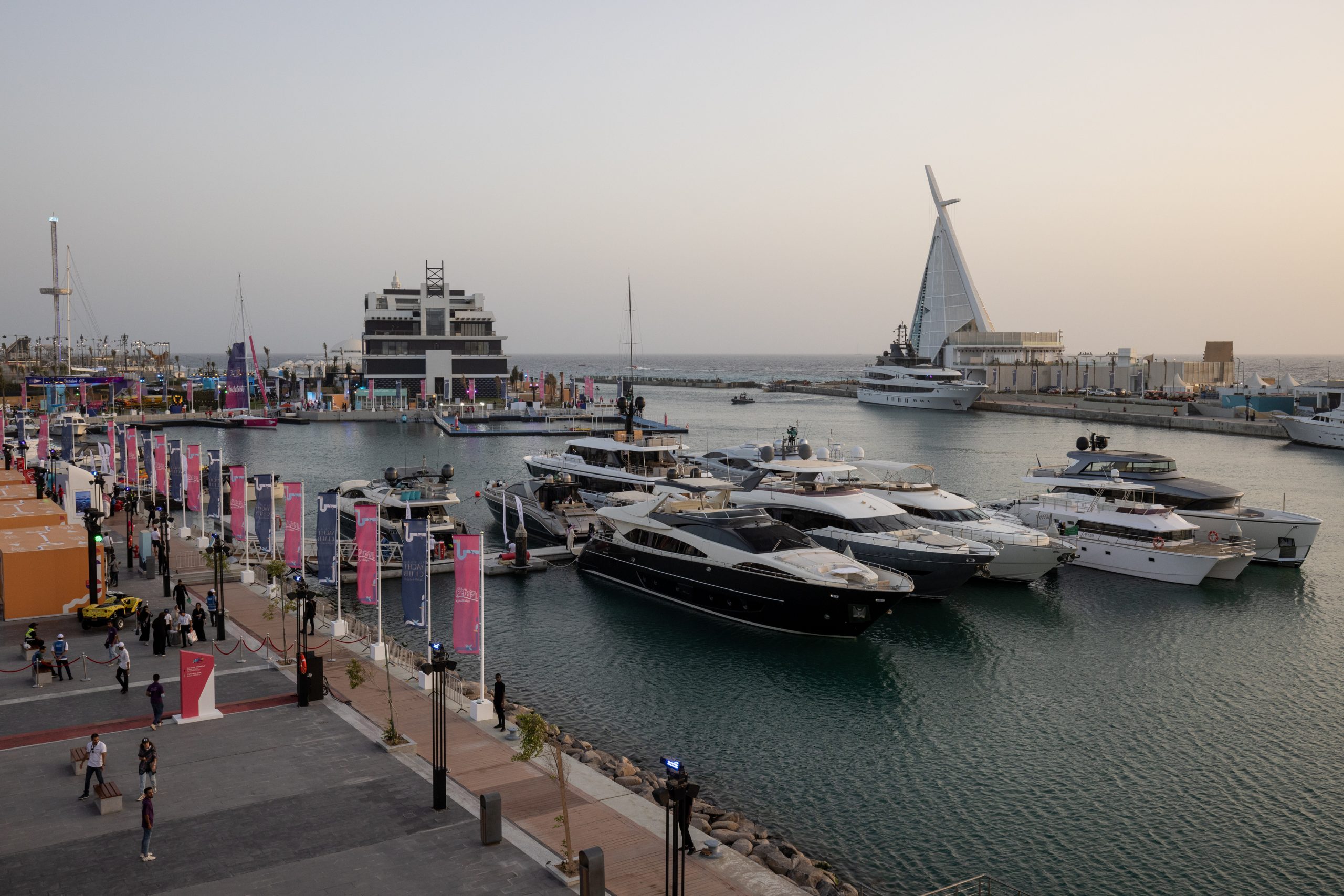 The Kingdom of Saudi Arabia is fast developing its coastal and maritime assets, building 200km of new destinations such as Neom, Amaala and the Red Sea Project on the edge of the exquisitely beautiful, pristine waters of the Red Sea. The recently opened Jeddah Yacht Club and Marina is at the epicentre of this, providing a platform for the leisure marine industry to prosper.

To celebrate the opening of the Jeddah Yacht Club and Marina, a special preview edition of the Jeddah Yacht Show took place over six days in May. Set to take place in November each year going forward, the event is the first of its kind in Saudi Arabia and aims to showcase every facet of nautical tourism and the on-water lifestyle.

The preview edition of Jeddah Yacht Show was a luxury extravaganza featuring superyachts, water toys, cars, high-end fashion and much more. Some of the world’s premier yachting brands were on display for inspection, including RIVA, Princess, Pershing, Gulf Craft, Custom Line and Ferretti Yachts.

From idea to delivery, the Jeddah Yacht Show came to life in just six weeks. There has been a lot happening in Jeddah in the past year, and the event has brought attention to just how much has changed on the glittering seafront of Saudi Arabia’s second city. “The opening of Jeddah Yacht Club and Marina is a massive achievement,” comments veteran yacht show organiser Andy Treadwell, who helped set up this first edition of the Jeddah Yacht Show.

“It’s important to create an event to highlight what’s on offer here, although it’s equally important to stress that this is not an international yacht show. This year’s Jeddah Yacht Show was a ‘pre-show’, to demonstrate what’s possible here, to see what support we get locally, and to see what support we would get from the international brands. And the enthusiasm we’ve seen bodes well for planning a proper yacht show in the coming years.”

The event also marked the beginning of Jeddah Season – running from May to June, the two-month season offers a packed schedule of events to reflect Jeddah’s rich culture and heritage, as well as its growing status as a regional tourist destination. The first Jeddah Season was held in 2019 and featured various events such as a nightly fireworks display on Jeddah’s promenade and musical performances.

Hill Robinson recently opened a new office within the Jeddah Yacht Club and Marina development – its second office in the Kingdom. As the marina in Jeddah becomes fully operational, there will likely be strong demand from passing yachts for fuelling and provisioning and Hill Robinson is the go-to superyacht management company for accessing the region, offering a whole host of speciality services including provisioning, concierge, aviation, as well as inbound and outbound clearance and agency services.